We would like to share with you this Hot Air Balloon Themed Party for twins Viaan and Niva’s first birthday, the colour palette was light blue, yellow and gold. The twins’ parents came up with some ideas and we created the party cake table and decorations according to the draft. 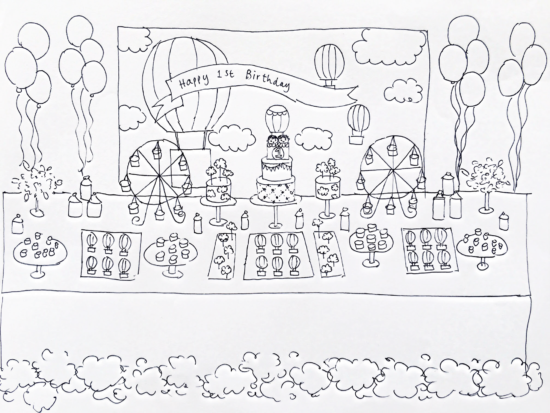 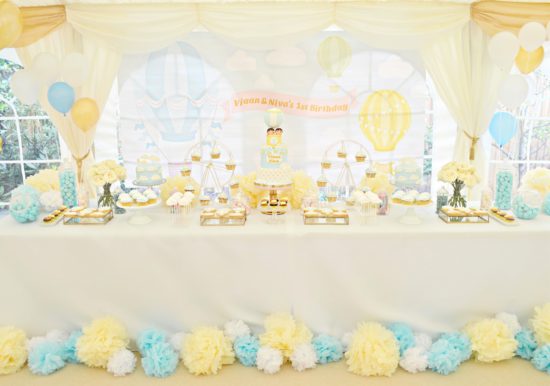 The centre cake was Victoria sponge and Nutella chocolate cake with the twins as the cake topper. 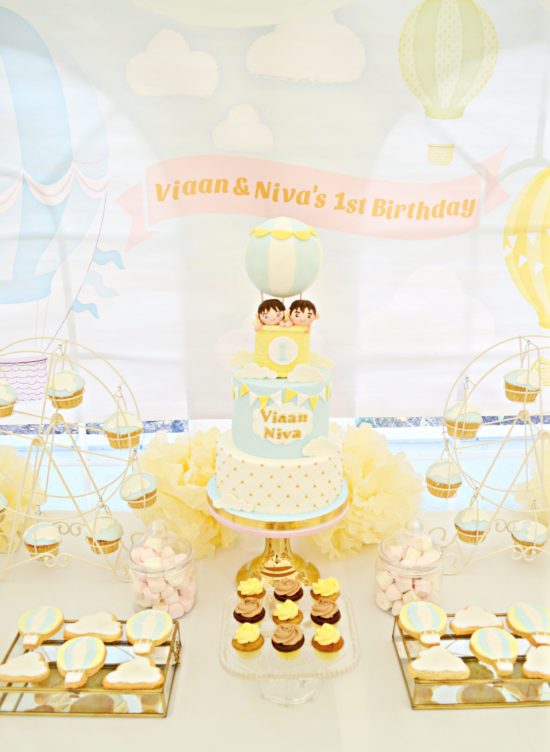 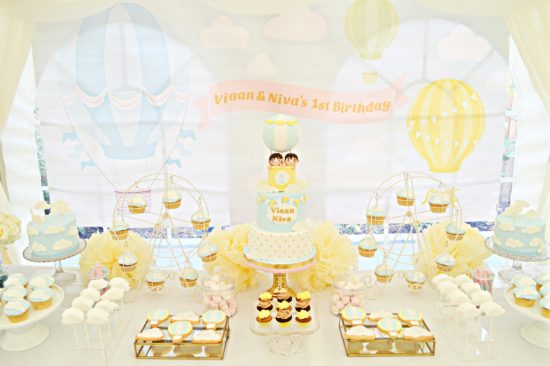 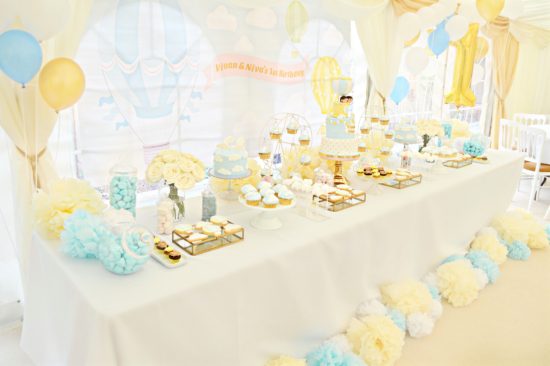 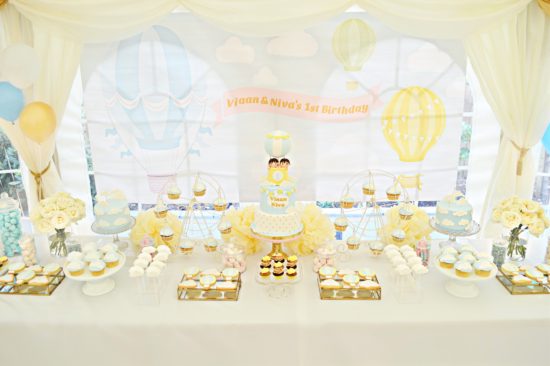 The side cakes were eggless vanilla and carrot cake. Cookies were vanilla and lemon flavour. 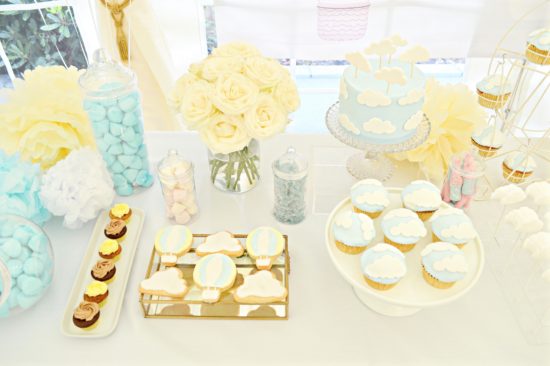 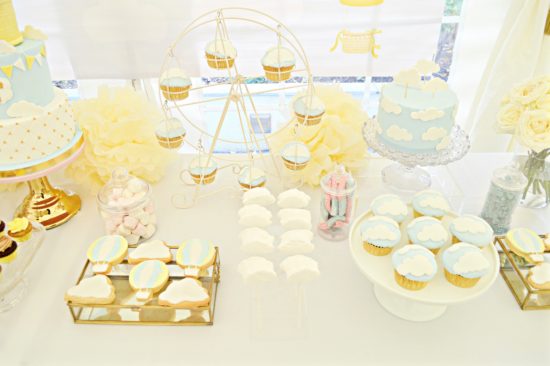 Cupcakes were chocolate, oreo, rainbow, red velvet, vanilla, Nutella and banana flavour, which were displayed on ferris wheel. The marshmallow pops were vanilla flavour in the shape of clouds. 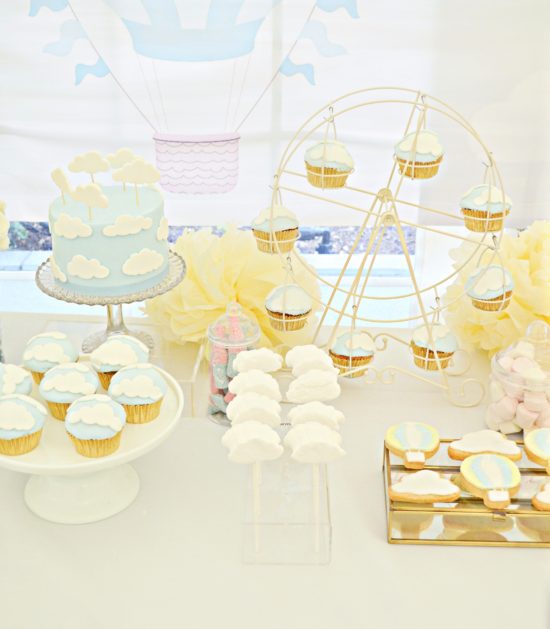 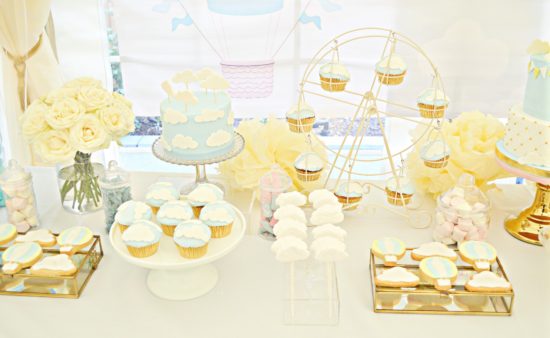 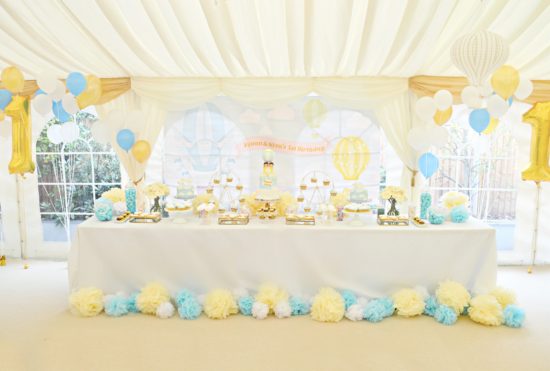 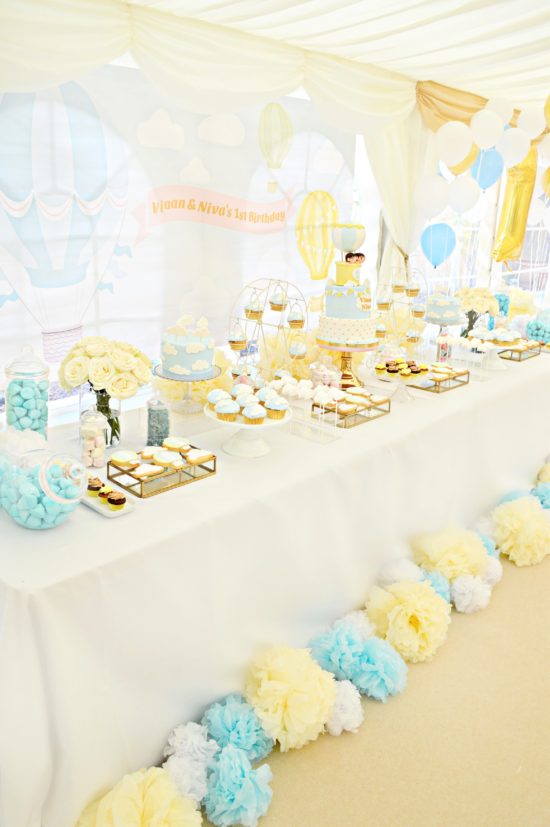 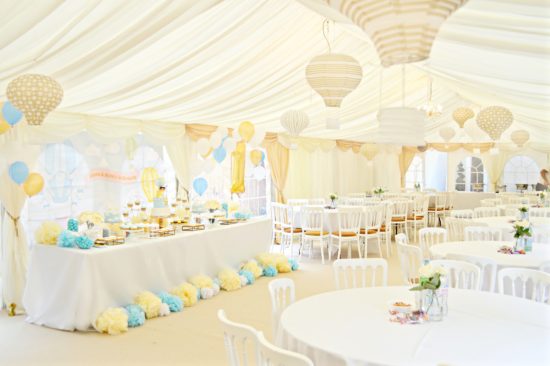