There was a TV program talking about all the popular video games since the first game was first invented. When I was a teenager I remember playing Bomberman, Super Mario and Tamagotchi. Many of the recent games have passed me by, and one I haven’t played was Minecraft. The program said Minecraft is an educational tool schools use in children’s projects, and it had shown children enjoying playing it in the classroom. It looks very fun. Although I havent tried the game, I have made the characters – Creepy, Steve and Stampy Cat – for Sebastian, Abitya and Dylan’s birthday! 😀 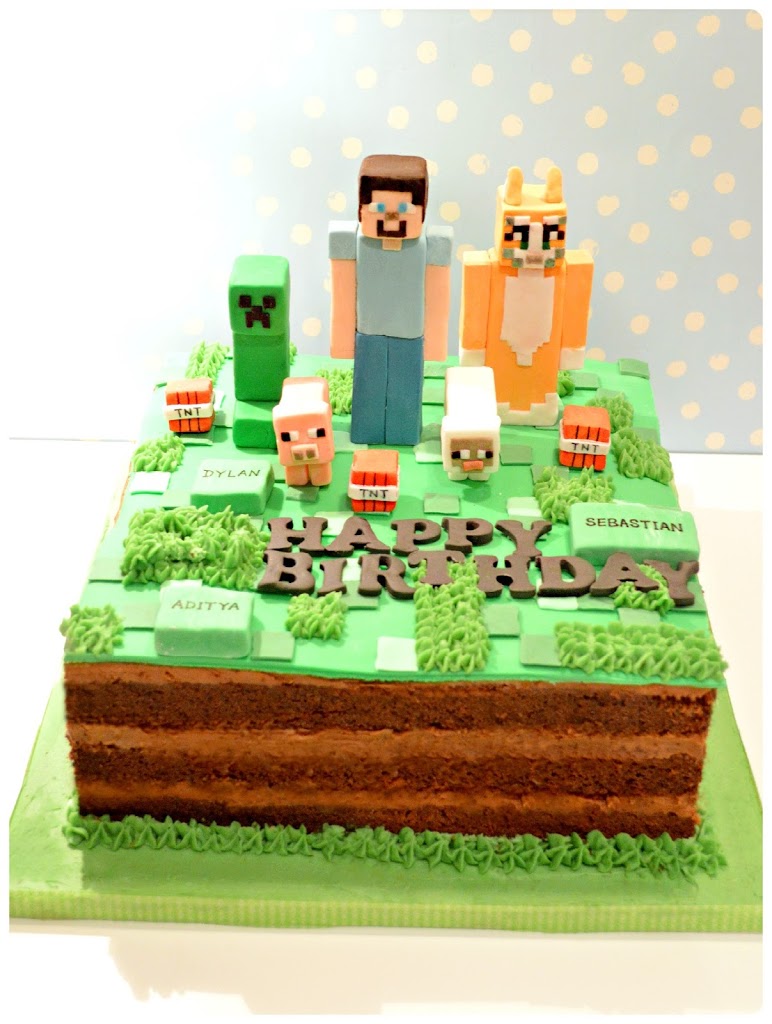 The characters are so pixelated! : ) 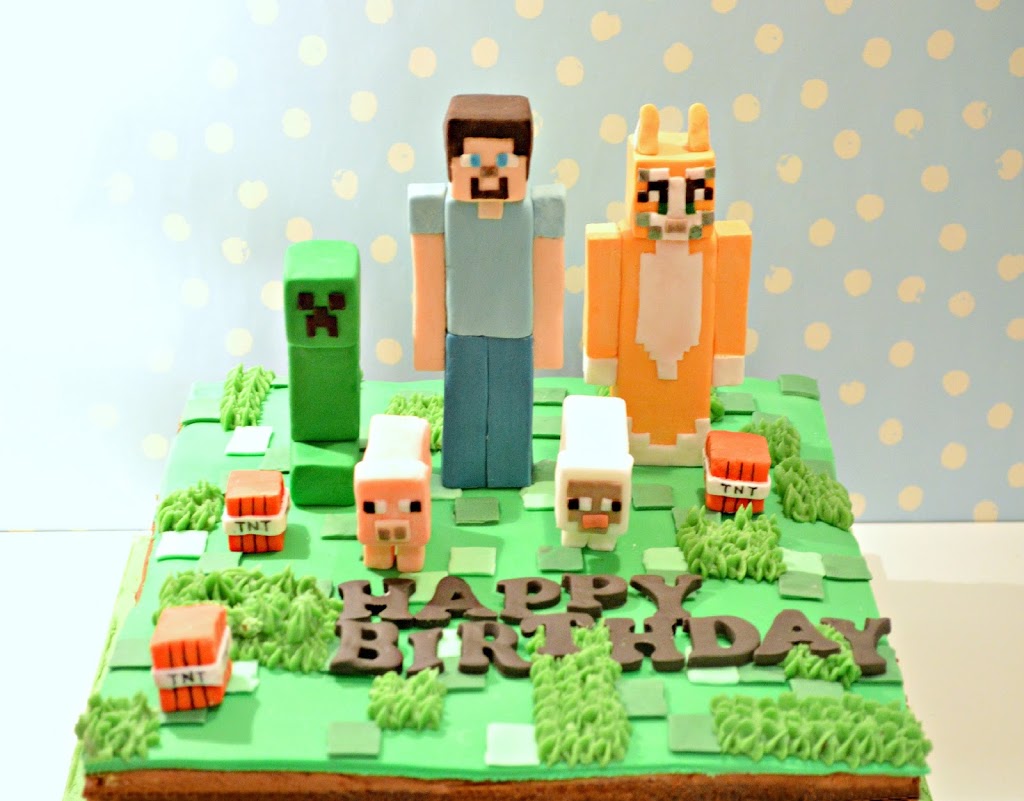 The game is made in blocks, so was the cake : ) I didn’t stick the characters on the cake so the birthday boys could have some fun arranging them on the cake. 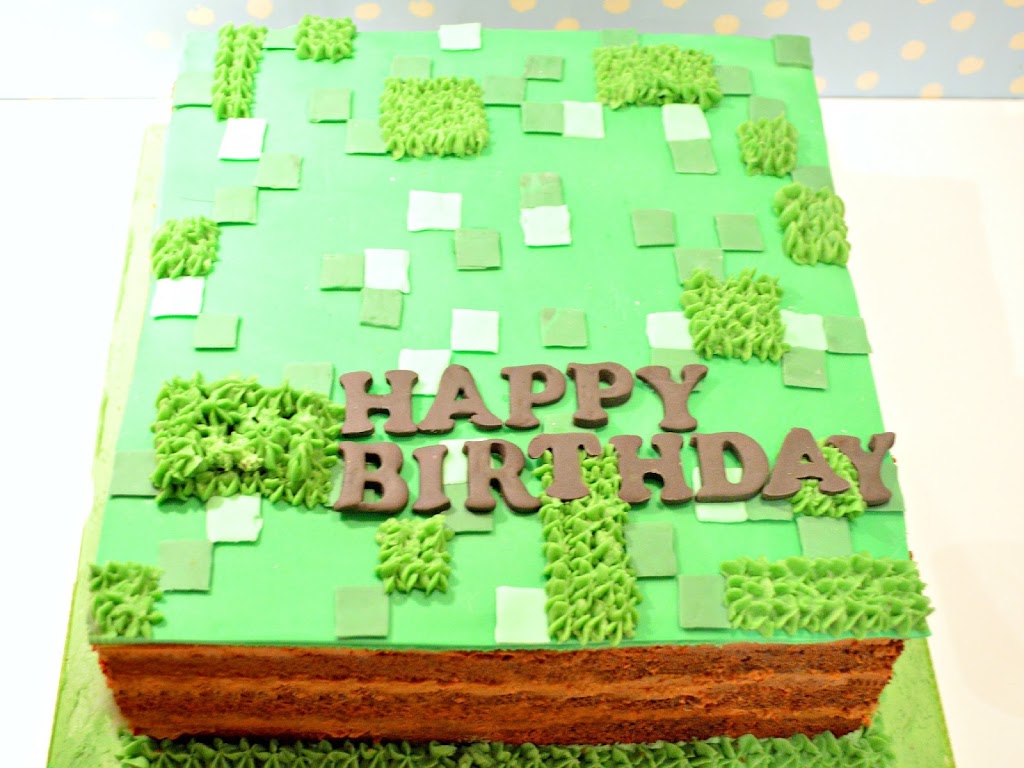